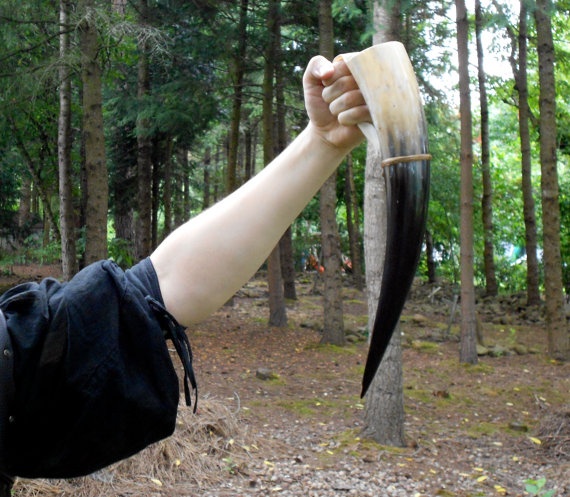 Mead – the drink of the Gods. Ancient Celtic lore has a river of mead running through the middle of paradise, and the great poet Taliesin wrote songs about it. It’s supposed to increase fertility and virility, even be an aphrodisiac. Celtic traditions of drinking a honey wine every day for a full moon after a wedding (to get that first baby on the way quick) may be where the “honeymoon” phrase came from.

So when I stumbled on two separate articles last week on how to make mead – an easy, no special equipment version, and a wildflower version – I knew it had to be part of my Midsummer celebration. Since it takes about 6 months to properly mature, it seemed like the perfect thing to start on one Solstice and enjoy on the next. Plus, how cool would it be to have an offering of homemade mead come Yule? And if this works, I’ll do it again then to have some to offer next midsummer.

Mind racing with ideas, I settled on making 3 different flavors, one gallon each. (Yeah, I’ve been told I tend to go all out when I do something lol). One gallon was the wildflower version, one with fresh mints from my herb garden (I have 4 different mint plants growing – sweet mint, chocolate mint, spearmint and peppermint), and one I put fresh strawberries in. 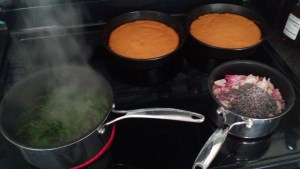 I started out with 3 gallon jugs of purified water. The wildflowers and the mint needed to be boiled first so I used part of the water for that. But I still wound up with nearly a gallon of extra water.

The wildflower mead recipe called for dandelion and yarrow. My yard has plenty of dandelion, but unfortunately the grass was cut too recently and I didn’t have any flowers. Naturally, they all bloomed today, a day too late.

I do have plenty of roses, so I gathered maybe half a cup of rose petals and used some dried lavender I already had. You can see them starting to boil along with the cake I had just taken out of the oven. As I mentioned in the post about offering it to the fairies, I hadn’t yet noticed that I’d forgotten to add eggs to the cake.

While the mint and flowers were boiling (for about 20 minutes) and cooling, I started adding the other ingredients to the water. First, one whole orange, cut up. The recipe said into 8ths but that was too big to fit into the opening of the jug so I sliced them a lot thinner. Then 25 raisins – those are food for the yeast. 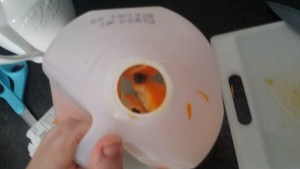 Next, two pounds of honey per gallon: 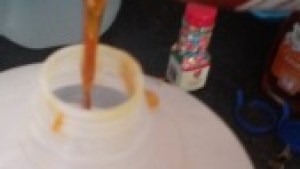 After that, I added the boiled mint leaves and wildflowers and cut up strawberries to their respective jugs. Then one package each of Fleishmann’s Yeast. You want to leave a good inch or so of air at the top of the jug, air is very important to the process. At this point, you put the cap back on the jug and shake it up really good. Like I said, the more air in the mix the better.

Now comes the really cool part. Rather than buy special equipment to allow for escaping gasses while maintaining purity, all you need is a balloon. Poke a hole or two in the top with a pin and stretch it over the mouth of the jug: 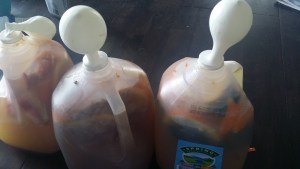 In this picture, the jug on the far left has just been filled and the balloon placed on it. As you can see the other two balloons are inflated – this is from the beginnings of the fermentation process and the gasses starting to escape. And it is really really neat.

Today the mixtures are actively bubbling – it looks almost like the contents of the jugs are boiling, albeit with tiny bubbles. I can’t help but say “bubble, bubble toil and trouble!” in a cackley witch voice every time I go by them. If my kids weren’t convinced I’d gone crazy over the fairy offering, they’re sure now.

The fermentation process takes two to three weeks. According to the basic recipe, you can taste it at this point but it won’t taste very good. It has to sit and clarify for a while, and they say it should be really clear and delicious after a few months. But to try and wait at least 6 months to drink it.

So now, we wait. Come next Yule, I’ll let you know how it tastes.