I cannot express the pain that shot through my body last night when I stumbled across the news that Simon Le Bon, lead singer of Duran Duran, was accused of groping a record store employee at a meet-and-greet in 1995.

I am an original Durannie. I fell in love with bassist John Taylor when videos from the Rio album were in heavy rotation on MTV. I was 12. I special ordered the albums that weren’t available in the US, at an actual record store, from England. I had everything they’d ever put to vinyl.

When my parents moved me from the mountains of western North Carolina to the eastern part of the state, they took me away from my paternal grandparents, who’d taken care of me and protected me as best they could from the emotional abuse I got at home.

Duran Duran became my escape. I lived in a fantasy world (aka Dissociation) with them. They were my coping mechanism. For several years in my early teens, those 5 men were my world.

They were even part of my #MeToo moment.

On July 10, 1985, I attended the Power Station concert in Tampa. The band had decided to recharge the creative juices by doing side projects that summer. Power Station was John and Andy’s. 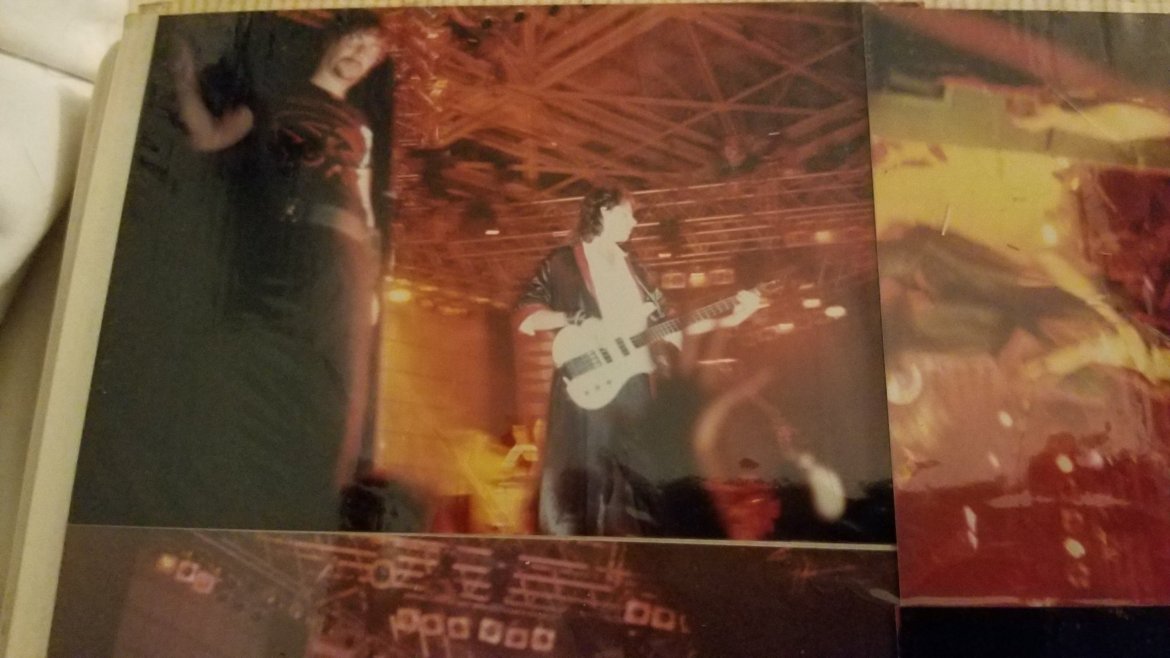 A blurry pic of a blurry pic, taken as I was being groped

It was at that concert that I was groped from behind by a stranger. I had dressed up, wore a skirt and (thankfully) panty hose. The guy behind me, while I was distracted by the concert and the press of the crowd (I’d gotten pretty close to the stage) pulled up my skirt, rubbed his hands and his penis all over me. Without the hose it might have become rape.

As I read the article about Simon last night, I had a flashback to that moment. I remembered John Taylor making eye contact with me from the stage for what seemed like a long time (like over a minute?) and I realized: HE was looking at me. WHILE THAT HAPPENED.

Did he see what was happening to me? It’s quite possible he didn’t since everyone was pressed so tightly together. But that doesn’t matter. My teen idol looked at me while I was being molested. I am humiliated all over again. 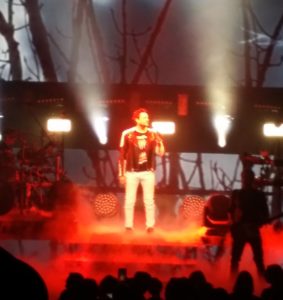 So… 1995. The band were pretty coked up. John has spoken extensively about his addiction and recovery.

On April 10 the band had a meet-and-greet at The Wherehouse, an LA record store. Employee Shereen Hairiri was working the event. As the band took their seats, she was standing near Simon. And as photographers began clicking away, she says he groped her buttocks and genitals. She was frozen – deer in the headlights.

I really didn’t want to believe her. But her story just sounds too legit. She doesn’t want money. She didn’t want to talk to the press. All she wanted was for Simon to own up and apologize. She just wanted closure from her assaulter.

The response from Simon’s lawyer makes me want to throw up:

Really? You can’t remember how many women you might have groped while you were drugged up, so you’re not going to acknowledge this one?

Shereen, I Believe You

I don’t know that she will ever see this, but from someone who loved these men as if they were part of my real world, who managed to survive abuse by clinging to a fantasy of them: I believe you. I hear you. Your trauma is lovingly heard.

I hurt for you. I hurt with you.

And to Simon Le Bon: yo buck the fuck up dude. Maybe you don’t remember doing this. Maybe you were drugged and so used to us Durannies throwing ourselves at you that you didn’t realize someone might NOT want your hands on them. None of that matters.

Meet with this woman. Hear her story. If you don’t remember the incident, apologize for that, too. Tell her what you’ve (hopefully) done to become a better person and that you are sorry for hurting her.

Own your shit, Simon. You’ve fucked up, and you’re only making it worse. For all of us.