Back in my days in the UPC, Easter was a Really Big Deal.

Not for the reasons you might think – yeah we were jazzed about the “empty tomb” and all. But above all, Easter was our One Yearly Shot at “unsaved” family members and other random strangers who only attend church once or twice a year.

My former pastor would have a gleam in his eye as he prepped the ushers on how to quietly set up chairs at the end of each pew to add extra seating. We as members were told to scrunch into the middle of the pews and leave the aisle seats for those all-important visitors. We all parked in the back so those visitors wouldn’t be deterred by lack of parking.

And good lord forbid Daylight savings time started the night before Easter. My poor pastor would nearly have panic attacks about those who’d show up an hour late and miss their chance at salvation.

My Part Back In The Day

At the risk of blowing whatever anonymity I have left on this blog (I have another blog coming out soon where I’ll identify myself so it’s kinda a moot point now anyway) I was the Drama Director at First United Pentecostal Church Fayetteville under the esteemed, late Rev. Jesse Williams, who was Assistant General Superintendent (Kinda like the VP) of the worldwide organization (The UPCI).

Shot of Easter Play Performance I Produced. Can’t remember the year or recognize the faces now…

So I had a front row seat for Easter prep, as my biggest task of the year for several years was putting on a play that I wrote and directed, with performances all of Easter weekend. (When I say biggest task – We started rehearsals in October. I started writing and picking out music about a month after Easter for the following year). The admittedly old-fashioned and highly focused Pastor Williams allowed this only because my plays were specially written as sermons in themselves, and indeed we did have converts through our performances. Still, on Easter Sunday morning we had to tear down our sets so Pastor Williams could have a “regular” service, then reassemble the whole thing that afternoon for the performance during Sunday evening service. Because nothing messes with an Easter Sunday Sermon.

The Point? My Understanding of Why Some Pastors Are Defying Public Health Orders And Having In-Person Services Anyway

I haven’t been a Christian, much less an Evangelical or part of the UPC for ummmmm… 7? maybe 8 years now. So as I began to see articles about churches refusing to close I was genuinely confused.

I checked with my local former church (no longer affiliated with the UPC despite the pastor being Pastor Williams’s grandson. He waited “out of respect” until Sister Williams (his own grandmother) died to formally cut ties.) Anyway, First Church (their current name) has moved to virtual and “drive-in” services where families can worship in the car away from others.

According to my husband, who still clings to the “Apostolic” faith, the UPCI worldwide leadership has encouraged all affiliated churches to follow social distancing rules for the good of their communities. 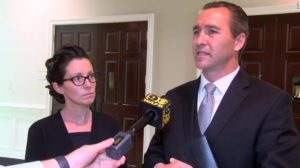 I asked him about these churches (many of whom are “Apostolic,” – AKA related to the UPC  – whether formal members or not) such as Tony Spell, the Louisiana pastor facing 6 misdemeanor counts for violating Governor John Bel Edward’s emergency orders and continuing large services. Like really, you’re still one of these people, Boo. What are they thinking?

My hubs asked not to be quoted, so I shall paraphrase. (not that he’ll read this anyway lol)…

He says that while most UPC pastors have complied, he thinks some are genuinely wanting to continue the “work of God.” They don’t want to “forsake the assembling of yourselves together.” (Hebrews 10:25). He said he’s seen some who think it’s a form of repression to forbid services. Yeah, all that’s been in the headlines so he’s probably not wrong.

(BTW, Hubs works overseas as a government contractor. The church he attends there went to virtual services even before North Carolina went into lockdown).

I asked, well how is it the work of God to endanger people tho?

He replied that for some the idea was a focus on saving an eternal soul, which is more important than this temporary life in the flesh. And I do recall with a shudder the constant emphasis on “soulwinning” back in my days in the UPC. “If our gospel be hid, it is hidden to them that are lost.” (II Corinthians 4:3)

OK, I said… maybe you do “save a soul” who attends this illicit service. But that person goes out into the community and spreads death to people who you have not reached. If you’re that pastor, do you not have blood on your hands?  I got no answer to this, not because he was stumped but because of the time difference – he had fallen asleep on me. He is generally level headed and said he would not personally be holding in-person church if he were a pastor. (I’d love to see that job interview: “Can you tell us about your wife? How will she handle being this church’s first lady?” “Ummm… well… I’d just say don’t piss her off and don’t expect to see her at services…”)

One of my favorite writers, John Beckett, published an article on this topic. I shared it to this blog’s facebook page saying well now I don’t have to write one. He responded that he still wanted to hear my take, and my Goddess The Morrigan said yeah, I said for YOU to write, not share what others have said. Turns out he (and She) had a point, because while I mostly agree with his article, I do have one alternate take.

Yes, Pride has as much to do with this as faith. BUT… the pride on display here isn’t just garden variety narcissism. These people genuinely believe they alone know what is best for us because Eternity. Yes, there are elements of “you can’t tell me what to do,” and there is the fact that Easter services are the most highly attended – and therefore the most lucrative in terms of offerings – of the year.

But instead of pride, I see arrogance. The arrogance of a group of people that think they alone have the answers. That because of their superior dedication to their god, and the special truths they alone possess, they have God-granted special privileges – responsibilities even. They mouth on about how Daniel wasn’t consumed by the fire after he refused to bow to Nebuchadnezzar… While a pastor in my home state has already died from Covid-19.

John Beckett doesn’t think the refusal of some to comply is about devotion. This is where I disagree. These pastors are PART of the huge services they’re insisting on having. They are, as Landon Spradlin recently discovered, putting themselves in as much danger as their congregation. 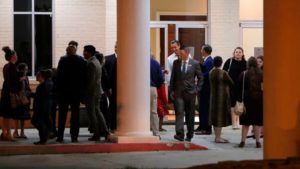 Have you ever read Fox’s Book of Martyrs? It’s all about Christians literally being burned at the stake or fed to lions just for refusing to make ONE little offering to the gods of Rome. It was practically required reading in my church, and many a sermon was based off of it.

I also grew up in Western North Carolina, where snake handling was a thing. When I was a kid, our local sheriff (he lived 3 doors down from my Grandma at the time) almost died from a snake bite when he attempted to break up one of these services. Another member of the congregation that day did in fact die. Those people weren’t just proud. They were blindly, fanatically convinced of their belief.

If I had a dollar for every time I heard the story of Paul being bitten by a poisonous snake and shaking it off (Acts 28:3-6) I could afford a trip back to Ireland. “These signs shall follow them that believe… if they drink any deadly thing it shall not hurt them; they shall lay hands on the sick, and they shall recover.” (Mark 16:17-18)

I don’t know about the Independent Baptist culture Mr. Beckett grew up in (my family was Southern Baptist as a kid and being at every single service wasn’t a heaven-or-hell issue.) But in the “Apostolic” movement, missing church is a bona fide sin. One of the tenets was that we obey God, not man. And if we do, God will have our back. Even if it just means extra rewards in Eternity, it will be worth it all.

I’d bet good money that to a man, every one of the pastors refusing to close their doors is willing to die (or at least will say they are) from this virus if it means “saving a soul.” And they’re absolutely willing for you and I to die for it.

It’s blind, arrogant fanaticism. And it’s going to kill a lot of people before this is all over.

One thought on “Coronavirus: Covid-19 vs Easter Services”