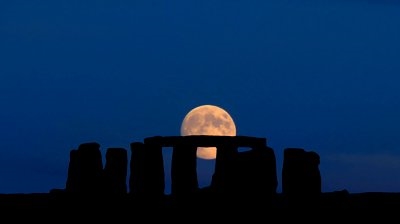 In college, Western Civilization 101 pulled the rug of faith right out from under me.

Growing up in the Bible Belt, I’d been indoctrinated almost by osmosis. It seemed obvious to me that since Adam and Eve had a one-on-one with Yahweh from the very beginnings of human history (since that story was literally true and all) then some form of Judaism or at least Yahweh-worship would have been the “original” religion of the planet.  I just assumed that it was later generations that made up those pagan gods Yahweh has to compete with through most of the rest of the Old Testament.

It was pretty shocking to learn in class that this wasn’t so. That Abrahamic religions were actually relative newcomers to the worldwide religious landscape – it felt like discovering my parents wrapping the presents that were from “Santa Claus” in the wee hours of Christmas morning. It shook me to the core. I became an atheist for a while, until the deaths of two close relatives in succession sent me scurrying back to the comfort of fundamentalism and eventually the UPC.

Well it seems that the fields of history and archaeology have a hang-up similar to the one I had going into Western Civ. The story we’ve all been taught is that civilization began around 3,000 BCE in the land of Sumer – the area known as the Fertile Crescent, between the Tigris and Euphrates rivers in modern-day Iraq. This is where they say human beings first invented written language, first figured out how to go from being hunter-gatherers to farmers. First developed laws and began to live in city-states. And this breakthrough then spread around the world via trade and conquest from this area.

It’s sort of an echo of the idea that humanity itself started in this same region and spread across the globe. Of the way that the 3 major religions all were born in this same area (via Abraham) and then spread around the world. Clearly this area is the center of the world and all things originate and flow from it. 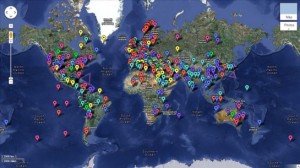 All over the world, there are Megalithic sites like Stonehenge. Literally every corner of the globe. Stonehenge itself predates the Egyptian pyramids by 1,000 years. For the last couple hundred years as these sites have been studied, it was assumed that the people who built these monuments were illiterate, barbarians and savages. Because writing hadn’t left Sumer yet, so they just had to be. The first people to suggest that these monuments were built with specific astrological alignments in mind were ridiculed or at best ignored.

Then, in the 19th century they began to notice a consistent pattern of sun worship in early societies all over the globe. In 1906,  Sir Norman Lockyer, founder of the prestigious journal NATURE, published a book titled Stonehenge and Other British Stone Monuments Astronomically Considered. His primary argument was that Stonehenge and other megalithic constructions were ancient observatories. He asserted that the ancient Britons were easily the equals of their Egyptian contemporaries and that they had designed Stonehenge and other sites as calendars, to mark crucial points in the cyclical movements of the heavens, thus mastering complex feats of long term astronomical observation and calculation. But even he made the assumption that Stonehenge was constructed by immigrants from the Near East. Because, you know… Sumer.

It seems that every scrap of credibility for the builders of ancient megalithic sites outside of the Middle East area must be hard won.

In 1965,  astronomer Gerald Hawkins of Boston University published the book Stonehenge Decoded. Hawkins used computer technology to study astronomical alignments and found dozens. This prompted Professor Sir Fred Hoyle of Cambridge University to say, “A veritable Newton or Einstein must have been at work. It demands a level of intellectual attainment that is orders of magnitude higher than the standard to be expected from a community of primitive farmers.”

But not just Stonehenge. It was only in 1967 that Professor Michael O’Kelly finally paid attention to local folklore and positioned himself inside the main interior chamber at Newgrange in Ireland on the morning of the Winter Solstice and discovered the magical alignment there. One day a year, a single shaft of light pierces into the interior chamber – a remarkably womb-like cave in what can only be a symbol of the male sun inseminating the female earth in hopes of a harvest 9 months later.

The famous spirals seen throughout Irish sites such as Newgrange also have an astronomical explanation. Artist Charles Ross spent a year between 1971-72 using a magnifying glass to burn the trace of the suns rays into consecutive wood planks. The pattern he came up with shows the overall transit of the sun during a solar year. And it looks something like this:

Compare that to the carved stone at the entrance to Newgrange:

This is just the tip of the iceberg. Much of this info has been collected by the makers of a film called Ancient Skies. It seems to be available only in planetariums, but I’d love to see it. There’s a good possibility that some of the Mesolithic people in the British Isles even had an alphabet 3.500 years ago. At the very least it seems that they had some kind of system when designing structures found all over Britain and Ireland which have been found to have advanced astronomical alignments.

But even when you read the Wikipedia entries for the people named above, or the concept of Archaeoastronomy, you’ll see that these ideas are given less credibility because the people listed here didn’t get everything right. Even ideas that have stood the test of time are cast with the aspersions of other theories that have later been disproved. Why is it so difficult to believe that humans in the time and place of the building of Stonehenge and other megalithic sites the world over knew what they were doing? 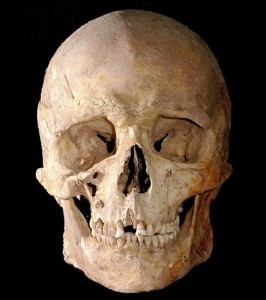 So here’s my theory. WHAT IF… rather than the idea that the seeds of civilization were sown in a single area of the globe and then spread outward over the entire planet… what if humans, who had been developing in various places all over the world relatively simultaneously, actually reached similar levels of intelligence and sophistication everywhere at generally the same period?

Or even, what if… maybe there were versions of sophisticated civilizations that rose and fell in different places all over the world in different eras, and the sands of time have simply wiped out the traces of them?

Perhaps we’d be closer to the truth if our worldview, even that of those who have long since rejected the ideas of fundamentalist Christianity (or even of Judaism or Islam), wasn’t still colored by the idea that everything sprang from the birthplace of those religions? Even those who reject the idea of a literal 6,000 or even 10,000 year old Earth seem to fall victim to this basic mindset.

Because just like I discovered back in Western Civ class all those years ago, history and archaeology just doesn’t support a literal interpretation of the bible. And this is yet one more way in which that can be seen.