This image was in my facebook feed this morning from someone I used to go to church with: 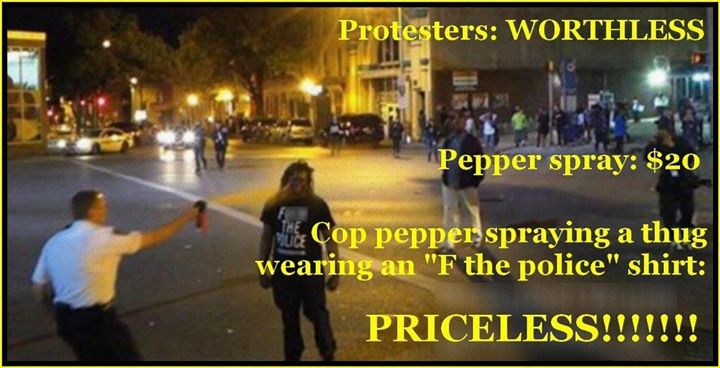 During the entire week of the actual rioting, these same people were posting memes about the difference between protesting and rioting, and how protesting was acceptable and rioting was not.

What’s worse, if you look at the comments on the original post by Right Wing News, it’s amazing how hateful and truly racist these people are. I say amazing because I used to be one of them, I used to be a full fledged right winger but I have never ever ever thought this way about people, period.

This is why they loved #MomOfTheYear Toya Graham. Just like I said then – she was doing what they wish they could do to her son.

I’ll say the same thing I said about gay wedding cakes. Christians no longer care about “winning souls” or sharing the so-called love of their Jesus to those they consider lost.  They’re dropping the facade and admitting that they really just want to be superior to the rest of us and hate everyone who isn’t like them.

I’m so glad I’m not one of them any more.