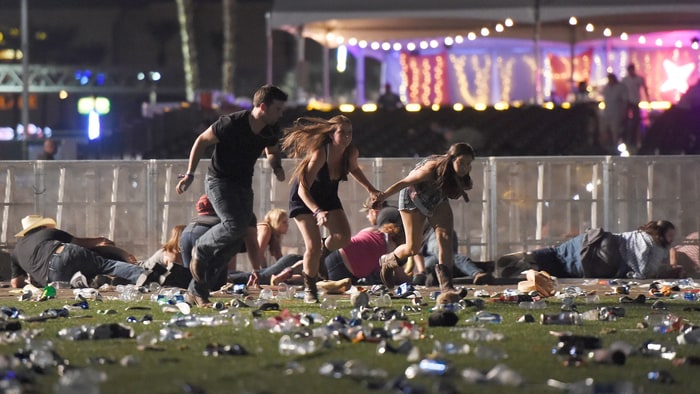 So here we are again.

The “largest mass shooting in modern American history,” (at least since the last one). And yes, it’s maddening, heartbreaking, tragic, and horrific.

It’s also frustrating to see the nonstop barrage of “thoughts and prayers” for the victims offered by many of the leaders who, ostensibly, have the power to enact some kind of change that would keep this from happening over and over.

Jimmy Kimmel went viral with his emotional response to the shooting, which occurred in his hometown:

“Your thoughts and prayers are insufficient,” Kimmel said, referring to the Senators who voted against closing loopholes that could have helped prevent the Orlando tragedy, mere days after that event. 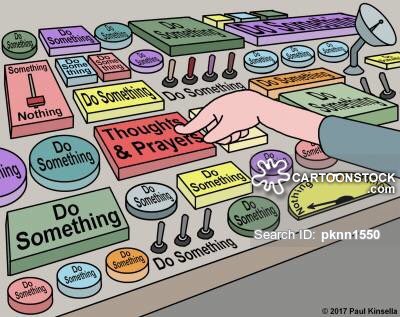 This Isn’t Helpful, Either

He was joined by pretty much everyone to the Left of say, Rush Limbaugh, as a cavalcade of memes, tweets and other comments bombarded everyone’s social media feed to say that, essentially, your “thoughts and prayers” are about as useful as throwing paper towels at hurricane victims.

Considering the normal tone of this blog, what I’m about to say might surprise you:

Stop criticizing the people who pray.

Here’s the thing: many of these people are very sincere. They’re not all the two-faced, hypocritical politicians who hide behind their piety while remaining firmly in the pocket of the gun lobby.

I know it’s hard to remember this when the vocally hateful on the right take up so much oxygen, but the vast majority of the people “Praying for Las Vegas” right now aren’t like that. And what they’re doing isn’t just an excuse to not do something more “meaningful.”

To them, this IS the most meaningful thing they can do. Their prayers are a precious gift – an expression of their deepest compassion that they believe DOES change things. Mocking that only serves to push them further into the background, reinforcing the culture war mentality that the Bill O’Reilly’s of the world keep pushing on them.

It keeps those sincere, more moderate voices silent while the obnoxious ones get to shout about how “hostile” the left is to common sense and people of faith.

In other words, it does the exact same thing that harping on “radical Islamic terrorism” does: It proves to the moderates in the group that the minority of extremists at their fringes is right, after all. “They really do hate all of us.”

So let’s just stop that, ok? Let them pray. Respect their prayers as you would have them respect your efforts to help and make changes.

And while they’re praying, lets you and I get together and make sure those NRA-owned hypocrites get a nice surprise at the ballot box in 2018. Deal?

5 thoughts on “Stop Insulting Christians For Sending “Thoughts and Prayers.””