Then, she landed in an airport in Dublin, which is supposedly a European capital city, yet has an airport strangely reminiscent of a dilapidated Social Services building.

She was immediately confronted with something called “International Roaming,” which while technically fulfilling Sprint’s promise of coverage wouldn’t even give her enough juice to Google.

And wifi??? “What is wifi?” said the owners of the Airbnb cottages she’d booked. “Look at the sheep grazing ten feet from your door! Who needs the internet?” 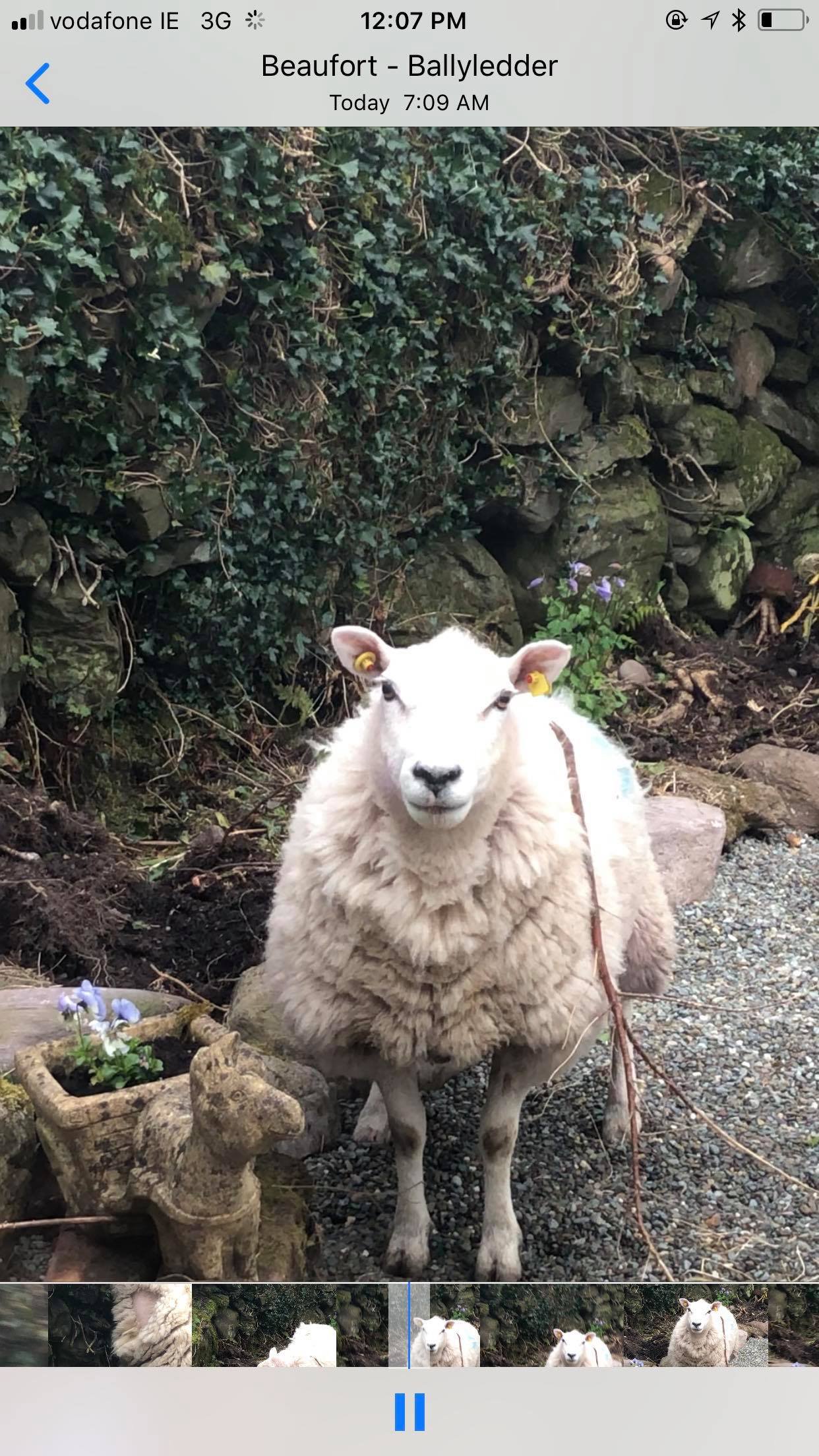 See that sheep? Not only had it climbed out of its fence and was wandering around with a branch stuck in its fur (like a boss), when my bestie tapped our window to keep it from eating the cottage owners pansies, she got this death stare. And then the bastard yanked the flowers out of the pot and threw them on the ground. Yeah. Feck off, ye bleedin tourist.

Lessons Learned, The Short List (In No Particular Order)

From the moment I landed in Ireland I felt like shit. EVERYTHING I did was a test of endurance.

The flight over was miserable and I landed with aching back and no sleep, only to be confronted with a $250 rental car bill that ballooned to $1500 because of the insurance they MAKE you buy. And if that wasn’t upsetting enough, it was a manual transmission with the gear shift on the left.

There is a circle around the car lot, and I was told to drive around a few times for practice. By my 3rd circuit I had blown out the clutch and the car was smoking. Add another $300 to upgrade to automatic.

I had dozens of powerful, amazing experiences. But each and every one felt like an ordeal to get through. By the end of my first week I had gotten so terribly sick I went to a doctor for antibiotics.

Before the meds kicked in, I spent a night in a hotel in the parking lot of the Shannon airport waiting for my bestie to arrive. I had chest congestion, and was coughing so hard I wet myself and poured sweat every time. I came within a hair of calling an ambulance, fearing I was going to give myself a stroke.

I had a choice. I could lay in bed in Irish cottages trying to get better for the rest of the trip, or I could push myself and get out and see stuff anyway.

I gave myself one extra day to lay around, then proceeded as planned.

And that’s when the Big Lesson hit me: PTSD is the same. I want to lay in bed until I feel better. And perhaps for a bit I needed to.

But you don’t heal from PTSD by laying around. You have to fight. You have to make yourself get up every day and function. You have to push through, face the pain and outlast it.

If not, you’ll waste more than a once-in-a-lifetime trip. You’ll waste life. And that is how the trauma and the abusers win.