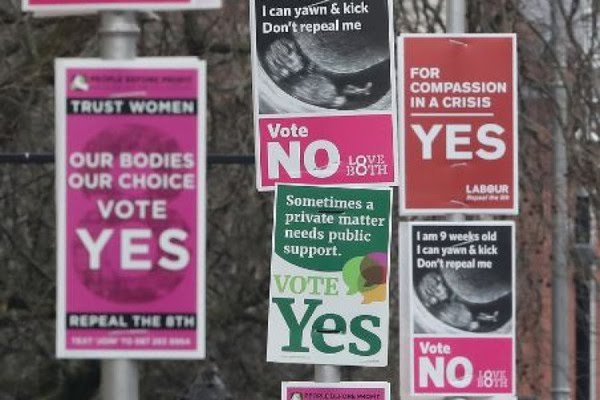 Every signpost in Ireland is currently blanketed with posters regarding an upcoming referendum.

On May 25, Irish voters will go to the polls to decide the future of their 8th Amendment, which outlaws abortion in pretty much every circumstance.

I’ve mentioned before that I’ve always leaned pro-life due to the circumstances of my own birth. I was an unwanted pregnancy, my mother still in high school. She feared her parents would force her to have an abortion and so hid her pregnancy until that was no longer an option.

That, however, was HER CHOICE.

In Ireland, women do not get to make such a choice. Because a pregnancy in the earliest stages is given the same rights as a newborn baby, pregnant people have no rights. 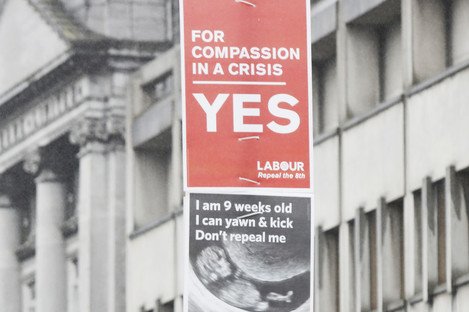 Stories abound of rape victims being locked away so they cannot travel for abortions. Of teen rape or incest victims being removed from their homes and placed in custody until they are forced to give birth.

Women with dying babies going septic and becoming infertile because a weak heartbeat can still be detected, so a pregnancy with 0 chance of survival cannot be terminated.

Cancer patients who get pregnant during treatment have their life-saving treatment put on hold. If the cancer kills them, they’ll be kept alive on life support – nothing but a human incubator until the baby is born.

Hundreds of thousands of women have traveled to Britain to have abortions. Those who can’t afford that often try illegal medications. If something goes wrong and they need medical care, they face up to 14 years in prison.

As much as I personally dislike the idea of abortion, I have read enough personal stories – check out the Facebook group In Her Shoes– to realize that everything I learned about abortion as a pro-lifer is wrong. 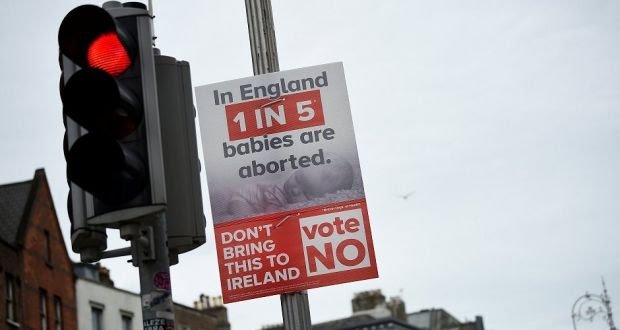 And any so-called “late term abortion” is never, ever because someone just up and changed their mind about having a baby. At that point, the baby is wanted. Nurseries have been set up. And then something traumatic has happened – the baby is dying, or has some defect that will not allow it to live. The mother has a health crisis and her life is at stake. And if any of this happens once the baby is viable, then it is just induced and born. “Partial birth abortion” existed only in fevered right-wing imaginations.

Ideally, that is what abortion should be. If I learned anything in Ireland it’s that outlawing abortion only creates something akin to Gilead in The Handmaid’s Tale.

Turns out the best way to have fewer abortions is to keep them legal, while also making birth control inexpensive (or free) and readily available. Also, you can’t simultaneously demand a pregnancy be brought to term and then refuse aid to the new mother and baby. If having a child wasn’t financially devastating getting pregnant (from consensual sex) wouldn’t feel like the end of the world, and wouldn’t spark such difficult choices. 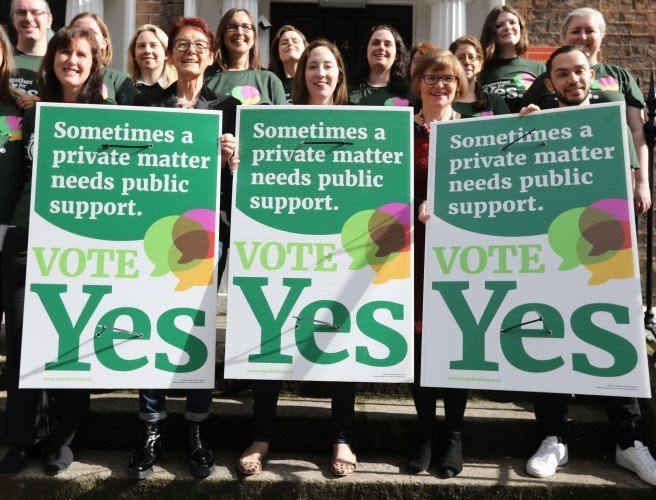 If you can vote in Ireland, please vote Yes on May 25. If you’re not an Irish voter, please talk to anyone who is. Pray to whomever you pray to. Help the women of Ireland regain control of their own bodies.

And let this be a lesson to those of us in the US. Fewer abortions is a good goal. Legislation to make them illegal is not only ineffective, but seriously harmful to women.

Update May 17: Polling “Too Close to Call”

As many as 18% of voters are still “undecided.” Please consider a donation to the Together For Yes campaign so they can finish the campaign strong!