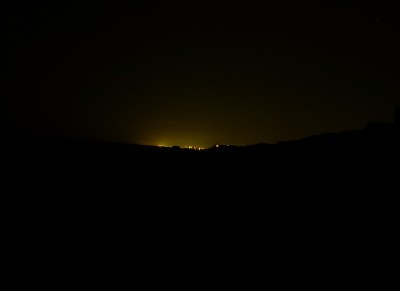 Home » My Pagan Path » When Darkness Wins, We Fight

Today I feel as though the air has been punched right out of my body.

A man that embodies racism, homophobia, and the vilest misogyny has been elected president of the United States. Already he has cost me, personally, the tenuous peace that existed between myself and my emotionally abusive father.

Yesterday my youngest son was also diagnosed with Bipolar disorder. Thankfully we don’t have Obamacare, so we don’t have to worry about losing insurance. But it breaks my heart that a man who makes fun of those with disabilities is now his president.

I find it fitting that this election happens as we are entering the dark half of the year. Darkness is indeed expanding. Long ago, our ancestors marked this darkness every year, knowing that without it there can be no light. Without winter there can be no spring, without death no renewal. So they gathered each year on the longest, darkest night of them all in late December to hold vigil for the return of the light.

And on Yule morning as the first rays of sunlight pierced the darkness, despite the fact that the change would be imperceptible and months would pass before daylight was strong enough to equal darkness, they celebrated. They knew that the worst of winter darkness was still ahead. But the morning light brought a tiny sliver of hope.

America is heading into a similar period of darkness. The forces of hatred and intolerance have won the day. But they will not hold sway forever. I believe these are the dying throes of this spirit of white, male entitlement. Of intolerance and subjection of anyone not in that group. It’s been in control for centuries, and it isn’t going down without a fight.

So we who believe in equality for all must give that spirit the fight of it’s life. We can take a few days to mourn what could have been, but then we must dust ourselves off and join the fight. We cannot just sit idly by while laws and policies that further marginalize the vulnerable are enacted. We’ll need to march, to pressure our representatives, to vocally advocate to those around us both in person and on social media. There is work to be done. We must do it.

Our activism will be the light that pierces this long dark night in America. But just as our ancestors learned every Yule, no matter how dark and cold it gets, no matter how long, light always returns. Winter may be devastating, but it will end.

And I firmly believe the darkness of Donald Trump’s hatred will not control us forever.