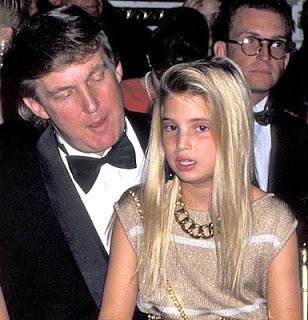 So while we’re on the subject of my past trauma, let me recount a story for you.

At the age of 14 I went to a concert. The adult relative who took me stayed in our assigned seats while I went down to the front to join the crush of other teen girls screaming over our heartthrob.

It was my first concert, and I was so excited that I dressed up – skirt and panty hose and all. During the show I began feeling hands on my hips from behind me. At first I thought it was the press of the crowd. But it wasn’t.

For at least 2-3 songs this continued. I could not turn around and see who was behind me to make him stop. I’m sure that when I tried he just moved with me so I never got a look at him. His hands were all over my hips and my ass. Then I began to feel something pressing into my backside. At the time I couldn’t quite figure out what it was.

It took me a good couple years to realize that what I’d felt that night was an erect penis poking against my panty hose, with my skirt pulled up. Again, I was FOURTEEN. Thank the gods I had those hose on or no doubt it would have been much, much worse.

I began to hyperventilate, and the girls around me pushed me toward a medic at the side of the stage. I was taken to an area somewhat backstage and given a paper bag to breathe in. I spent the rest of my very first concert back there, unable to see the show I’d been so excited about for weeks, all because some asshole felt entitled to MY body.

The realization of what happened that night came slowly to me over the course of a couple years, so I was able to process it bit by bit over an extended period of time. To be quite honest, 30 years out I felt like I’d dealt with this and it no longer bothered me.

But suddenly, the Republican candidate for President of the United States is all over the news bragging about how he “gets away with” exactly what was done to me just because he is famous. Well, Mr Trump, the boy or man or whoever it was got away with what he did to me, too. That doesn’t make it any less vile or disgusting or WRONG. I seriously doubt I was the last girl he molested. I can only hope that he’s in jail somewhere.

Still, hearing Donald Trump’s words is not what is leaving me feeling re-victimized now. I already knew he was a vile excuse for a human being. No, what has suddenly put me back in the skin of that confused 14-year-old is the chorus of people intent on laughing his words off. Oh, they say, it’s only “locker room banter.” It’s “just words.”

It’s the people in my own family who still champion this man and brush aside what he said as not that big of a deal. It’s the politicians in my former (well, technically still current as I haven’t made it downtown yet to change my party affiliation. I’m going today.) political party saying that even this is not reason to withdraw support for this man.

Each and every one of those people are saying to the boy/man/predator who MOLESTED ME AT FOURTEEN that groping me against my will is not that big of a deal. They’re saying to today’s boys/men/predators that groping other girls and women is just not that big of a deal. Certainly not nearly as important as missing emails or other imagined crimes that have been investigated for 30 years and consistently turned up ZERO evidence of wrongdoing.

It’s saying that women and girls really are just on this planet for the convenience and gratification of the men around us. That our bodies and our rights to control them are just not that important in the grand scheme of things. No, keeping their political party in power is much more important than us. Our humanity is not as important as winning an election.

By the way, let me point out something – you may not have noticed but I have purposely avoided the “someone’s daughter/ sister/ mother” line that is so often used by men when talking about respecting women. Because news flash: I do not derive my value as a human being from my relationships with other humans. I am a HUMAN BEING damnit and that should be ALL it takes to be worthy of basic human dignity.

For 20 years I defended the Republican party and conservatism against accusations of sexism. But after this week, nobody can ever deny that accusation again. The men in power (and even some women), the evangelical preachers and leaders, the entire apparatus of the political Right in this country, is as disgustingly sexist and misogynistic as they’ve ever been accused of being.

Never again should they be allowed to say otherwise.