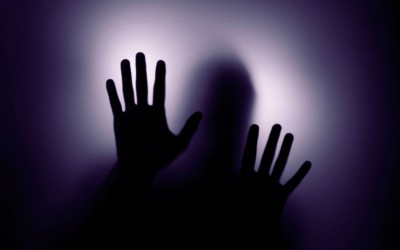 The other night I had a dream. I was supposed to attend a service at my old church, but overslept and didn’t go. As people started returning from the service, one was the Pastor’s Wife from when I attended. Only it wasn’t her. It was a very old, very disfigured version – unrecognizable. She was almost hairless and out of her mind, mumbling incoherently, and very near death.

I picked her up and carried her to the bedroom and laid her on my bed. She was naked, and I wrapped her in the blanket. Then I went back to the kitchen, where my current spritual teacher went off on the old Pastor about how the wife needed help and they weren’t going about getting it correctly. Arrangements were made, and I went back to care for her. About an hour later, several men from a hospital or nursing home of some kind break into my house to take her. Before I let them near her I tell them very passionately that this woman isn’t just anyone. She matters. She is not to be mishandled, and you will NOT take the blanket off and disrespect her.

I woke up and spent the whole next day thinking about this dream. There’s a lot more to it, but that’s the relevant part for now. I realized that the Pastor’s Wife represented my spark, my fire. The real me. And that over the course of 20 years, The UPC and its doctrines systematically tried to stamp it out.

A couple days later, after a long day at work I was laying on my bed trying to get my mind in the right place to do a devotional meditation to The Morrigan, the Goddess I’ve been working with. Suddenly, the image from my dream flashed back into my mind, and a wave of anxiety and emotional upset washed over me. I called my best friend, who talked to me for two hours.

Not to mention the psychological trauma of truly believing my Grandfather, the sweetest man I’ve ever known, was burning for all eternity in Hell because he wasn’t baptized right.

It’s been nearly 3 years since I even set foot on the property of a UPC. I’ve come so far in those 3 years, so far back to the real ME that was suppressed for so long. Somehow, I thought I was over it.

I emailed my teacher – Lora O’Brien, who’s course on The Morrigan is having a truly deep impact on me (obviously) about this. She responded that yes, the Church is responsible for lifetimes of trauma, and I am a victim. She said to own it, explore it, and settle it.

Since that conversation, I’ve started cataloging some of the ways I was harmed over the last 20 years. I’m going to write in more detail about some of them in the coming days or weeks. The family relationships that were tainted and strained because I’d been convinced everyone around me was a lost sinner on their way to Hell. Worst of all was that the last decade of my Grandfather’s life happened during this time. Every interaction I had with him was tainted. I said and did things that hurt him because I was trying to be Mrs. Righteous and disapprove of his “sin” (smoking). A few months before he died, I joked with him about something, and said “you know I’m only joking.” He got misty eyed and said, “It’s been a long time since you’ve joked with me like that.”

That man was my heart. He was injured in WWII, and suffered the rest of his life from shrapnel left in his wound. When I was a little girl he had to have that leg amputated, and walked on crutches until he couldn’t walk any more. When I was 8 or 9 and we still lived in the same town, my parents and I were driving to their house one day and my dad was teasing me about something or other, needling me until I snapped at him. When we got to their house, he took me straight to the spare room and gave me the worst spanking of my life.

I’m told that the next day my dad (who, by the way, is 6-foot-five and a VERY big guy) went back over there, acting as if nothing had happened. My grandfather (old and one-legged and not healthy) interrupted him and said, “Let me tell you something. If you ever lay a hand on that girl again, I will take these crutches and see just how close I can come to beating you to death.”

And my relationship with him was tainted. Soured. Not quite destroyed, but nowhere near what it should have been, because the UPC convinced me he was on his way to Hell. A man who prayed and read his Bible daily. Who loved that god and was the sweetest man you’d ever meet. Who wouldn’t even hate the German who shot him because “he was just trying to survive, just like me.”

That’s wrong. And that’s just a tiny part of what the United Pentecostal Church did to me.