This is one of those stories that seemed a bit hairy in the moment, but get funnier as time passes.

So. One of the cottages I rented between Roscommon and Shannon was as picturesque as they come. When I arrived, an older man was out in the street with a tractor. 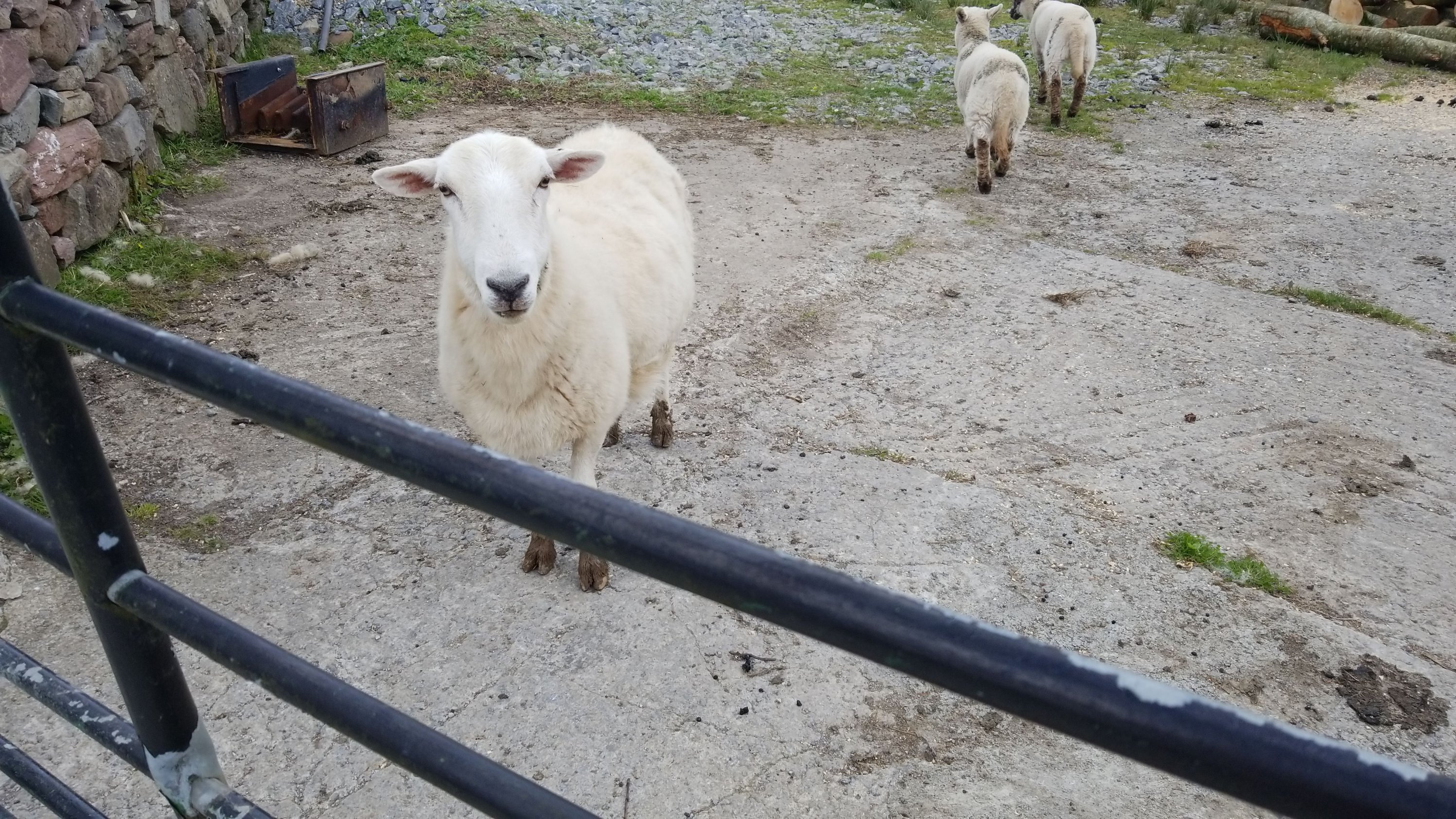 The only neighbor that could’ve heard me scream

This place is in the middle of nowhere. Bum Fuck Ireland at its finest. This old guy comes over and introduces himself and says he’s the Father in law of the cottage owner. He was out fixing a pothole.

I was tickled to death to meet him. Something about his facial features reminded me of my maternal grandmother. He said he was “deaf in one ear and can’t hear out of the other,” which was something my paternal grandpa would’ve said. He was utterly charming.

“If you need anything,” he says, “I’m right across the road. Don’t hesitate.”

Not Such An Innocent Grandpa

Couple nights later, I’m sitting in the living area just trying to breathe without coughing after my trip to the Cliffs of Moher.

Suddenly, I see a car pull into the cottage driveway. In no mood for company, I reluctantly answered the door.

Its Grandpa, who has clearly already consumed the majority of the bottle of Paddy Whiskey he holds up for my inspection.

“Wanted to offer you a drink!” He announces, and who could deny him? It’s an Irish thing, I figure, and invite him in.

After all, he’s old enough to break with a good shove if things go south. Which of course they do. 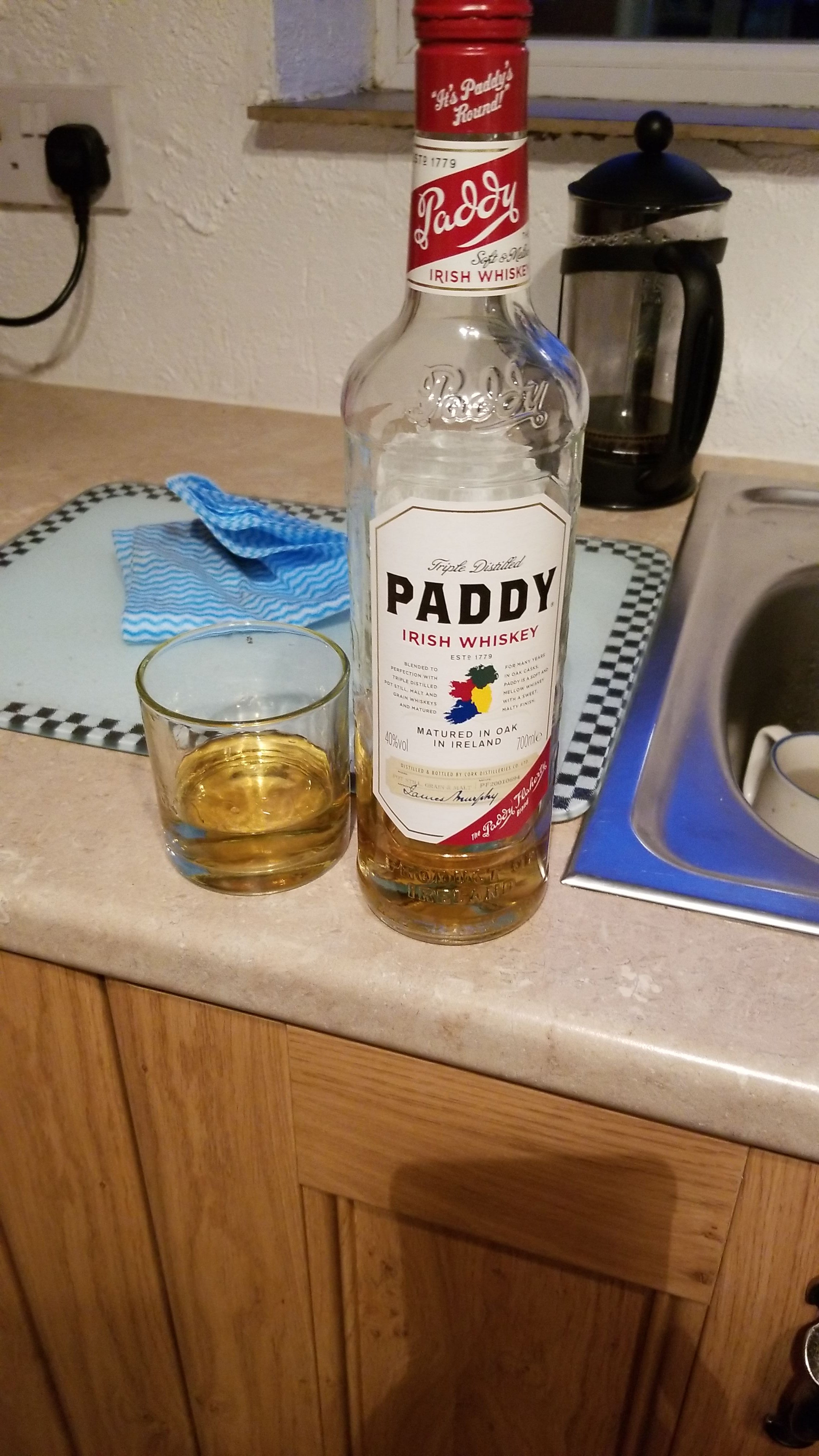 We search the cabinets for glasses and at his instruction I add a suitable amount of water to what he pours me. He downs his while I pretend to sip. I’m not a whiskey drinker under normal circumstances, much less this weirdness.

Suddenly I realize that Grandpa has backed me into a corner. I feel myself automatically assuming my defensive ninjutsu pose. But really… he’s swaying on his feet and has drool trickling down his chin. I feel more in danger of breaking him if he attacks than I feel threatened.

Then He Makes His Move

I swear a blood oath on all the gods – both the old and the new – that I am not making this up or even slightly exaggerating in any way. But at this point Grandpa (bless him) deployed his pick up line:

To his credit, he took my “uhhh, no…” in stride. He even hung around a bit longer making small talk before beating his retreat.

So he wasn’t all, “ok I came here hoping to get lucky but since it’s not happening I’m out of here.”

In retrospect I wish more men my age could handle rejection so well.

Are Fisherman’s Mints A Real Thing?

Shortly after rejecting him. I was overwhelmed with a coughing fit. This may have underscored that Grandpa wasn’t getting lucky tonight, but it also seemed to bring out his protective instincts.

He fished around in his pants pocket and produced this:

Now this mint or whatever has been floating in his pocket with no wrapper. Yes. It came with pocket lint.

No. There was no way in Hell I was gonna consume it, even if it would have saved my life.

This entire event happened within days of Bill Cosby’s guilty verdict, and that was ALL I could think of looking at this weird ass tablet.

I’ve been told since then that fisherman’s mints are a real thing and also super helpful. I don’t give a fuck. That one was left on the counter – along with the rest of the bottle I was told to “drink before bed” to help my cough. Just not happening.

I debated long and hard about telling the cottage owner about all this. The guy was mostly respectful and took rejection gracefully. You can’t get pissed at every man who tries as long as they’re respectful about it.

But he was very drunk, and driving (even if he was the only car on the road for miles, he could still have gotten hurt.) So I did send an email.

Turns out he made it home fine. And that he’s 84 years old with a wife that can see the rental from their home. So that part isn’t cool at all.

Also, the very first Airbnb rental for this cottage was also a single American woman. She mentioned liking to dance, and Grandpa asked if that included dancing naked. She actually asked the owner if that was as “off” as she thought it was – like it’s a common thing for the Irish to dance naked, to the point it’s necessary to clarify the preferences of foreigners. Lolol.

The owner also said she now understood why Grandpa was always interested in her rentals, and whether or not a couple or single person was staying there.

At this point I just have to wonder if any of this has ever worked for him. And if not, how long till he gets lucky?

Grandma, being of a similar age, probably isn’t so into Grandpas insatiable needs. Was she ever? I wonder if she long ago accepted his roving eye.

Or maybe not. Maybe this seemingly sweet old guy will meet his end when his wife witnesses him inside the rental too long and takes matters into her own hands via cast iron frying pan to the head.

Somehow I think that even in this situation the old guy would die happy.