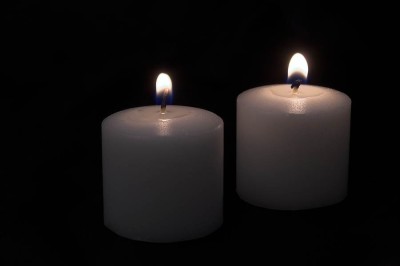 It began in earnest one year ago today.

Of course, two days prior we’d lost David Bowie, and that hurt. But one year ago today I held my grandma’s hand as she slipped from this world into the Other.

2016 was known as the Great Reaper of celebrities. Bowie. Rickman. Prince. Muhammad Ali. George Michael. Carrie Fisher. The hits just kept coming all year until by the time Debbie Reynolds joined her daughter in death we were nearly numb to it.

Nearly, but not quite.

It also saw the death of democracy in North Carolina, and possibly in America as well with the election of a demagogue compromised by the KGB.

The days between David Bowie’s and my grandma’s death saw the death of my relationship with one brother-in-law and his wife. She thought all the fuss over Bowie was inappropriate and said so on Facebook. (“If only people cared as much about God and our soldiers!” No, really.) Not realizing her opinion was the only one that was supposed to be expressed, I replied that it’s not very nice to judge people’s grief. If you didn’t care about the man, just keep scrolling. That went over about as well as the idea of female Ghostbusters to Men’s Rights Activists. They’re still not speaking to me.

That was only the first in a series of relationships I’d lose this year due to my insistence on standing up for myself. Of course, in the Christian church you’re supposed to “turn the other cheek,” and make peace whenever possible. But as a Pagan – and a devotee of The Morrigan – personal Sovereignty is more important. I’ve been learning how to do so all year.

But being the kind of person that takes no shit from people is, I discovered, a double-edged sword. Turns out, people don’t just respect boundaries because you enforce them. To the contrary, many decide you’re just an unreasonable bitch for daring to have them.

Or, as my dad put it to me last night, insisting on apologies for grievous wrongs is “petty stupidity.”

In case you missed it, my dad and I had a falling out when he gleefully rubbed his support of Donald Trump in my face, and I told him this was especially painful in the wake of “pussygate” due to my own experience of being groped by a stranger at 14. And I stole his yard signs, which are free and replaceable with a phone call. Maybe not my best move of the year (the sign part) but it doesn’t rise to the level he tried to take it. His response to my sharing the pain of being sexually assaulted when I was too young to even understand what had just happened to me was to be “disappointed in your tone” and insulted that I had the nerve to be upset at him.

What you haven’t heard is that I stopped responding to him after this. Even when he texted me “happy birthday” in an attempt to pretend nothing had ever happened. My mother came over a few weeks later to deliver a birthday present to my youngest son, and began to scold me for “how you’re treating your father.” When I said he’d gone too far and needed to apologize to me (oh, the horror! The unreasonable demand!) she said that all she knew was that I had “supposedly” been molested by some man, and “Why have we never heard about this before?” Ummm… maybe that “supposedly” word? Then she says, “You need to remember that you weren’t innocent. You were a Wild Child. You ran all over with different men…”

At which point she was told to get the fuck off my property. Now.

I got some nasty texts over Christmas for not calling my mother. I ignored him. Yesterday he texted me about the death of the son of some of my grandparent’s close friends, saying “life is short.” I replied that yep, it is indeed too short to allow people to abuse you and pretend it didn’t happen without apology. He went ballistic, demanding that I never again attempt to contact him. I said umm… you’re the one that continues to contact me. Not a problem.

That’s a really good question. I will say that speaking your truth is addictive. Refusing to be bullied, belittled or taken advantage of takes a lot of courage. But once you start doing it, you can’t go back. Any time you’re tempted to let someone mistreat you for the sake of peace, the ghosts of lost relationships rise up. If you weren’t willing to take it to keep them, how can you roll over now?

2016 was a year of deep losses, but also of incredible growth. I’m a far different person today than I was as I held Grandma’s hand and saw her off to the Otherworld. For better or worse, there’s no going back.

If you’re reading this, I hope my stories help you find your strength, too.