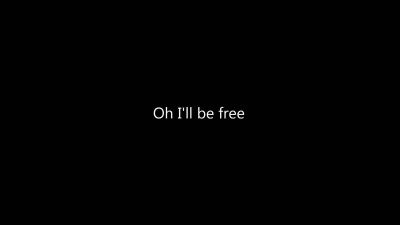 Look up here, I’m in Heaven
I’ve got scars, That can’t be seen
I’ve got drama, Can’t be stolen
Everybody knows me now…*

I woke up Monday morning to the news that David Bowie had passed. I was staying at a cousin’s house in western NC, near the nursing home where my family were taking shifts to sit round the clock with my grandmother. We knew her time was short.

For the rest of my life, I will associate the album Blackstar with my grandma’s passing. It was only 2 days later, at 1:13 on Wednesday, 1/13, that the faint pulse in my grandma’s neck stopped it’s rhythm. Moments before, she’d taken her last shallow breath. I was holding her hand, sitting beside my dad. My aunt, and the cousin I’d been staying with on Monday were also there. My grandma’s best friend was there, as well as two double first cousins to my dad and aunt. (My grandmother’s sister married my grandfather’s brother.)

We surrounded Grandma’s hospital bed, and my aunt played some of Grandma’s favorite gospel songs on her phone. We told her how much we loved her, and that my Papaw was waiting for her. She squeezed my dad’s hand when I said that to her the first time. We quietly cried as her breaths came further and further apart, and when the pulse in her neck finally did stop my aunt insisted that no, she’ll breathe again. She will. I know she will.

I couldn’t leave her. I stepped out only briefly while the nursing staff cleaned her one last time and changed her clothes. While my dad and aunt went with the staff of either the nursing home or funeral home, I don’t remember which, I kept vigil. The funeral home people made me leave to put her on the gurney, then let me back in. I walked out into the hall, where they put the cover over her head. Each tiny step – changing clothes. The gurney. The cover. Getting to the van. Closing the door to the van with her inside. Each one was a twist of the knife in my heart.

And there were more twists to the knife to come. Seeing her set up in the coffin in the funeral home. Closing the coffin. Putting my flower on her coffin at the cemetery.

Turning and walking away, leaving her to be placed in the cold, hard ground next to my grandfather. Driving away from my hometown for what may be the last time, knowing I was leaving part of myself behind. Each turn of the knife brought fresh tears.

It’s the first death in my life since I got out of the UPC and became a pagan. It’s so much better that I’m not having nightmare visions of her in Hell as I did with my grandfather. I still don’t share in my family’s idea that she’s in some celestial city where her only job now is to continually praise a god with an insatiable appetite for such.

Instead, I look at the mountains that ring the town I grew up in, and I know she’s part of them now. I can feel it, can feel her presence in the Land she loved so much. She’s in the Otherworld. Next Samhain, perhaps she’ll come to my dumb supper. When the veil is thin, perhaps I’ll catch glimpses of her. I look forward to that.

This way or no way
You know, I’ll be free
Just like that bluebird
Now ain’t that just like me*

*Lyrics from the song Lazarus, by David Bowie, from the album Blackstar.