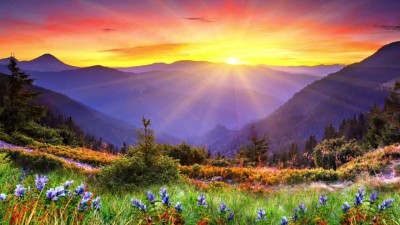 Home » My Pagan Path » Back, And Moving On

I just dropped the hubs off at the airport earlier, and I can already feel a major shift in energy around here. Even my kids seem relieved. We’re back to normal.

I want to send out a HUGE thank you to the owner of HappyNakedPaganDance.com for sharing my last post and sending love and support my way. I truly felt it and it meant the world to me.

But I have to say the visit was quite eerie. I expected drama and fireworks, and there wasn’t any. In fact, it seems that the hubs just doesn’t give a crap any more. Which is exactly what I wished for. Till I got it. Then it felt all… weird. It was really surprising how I felt every time he’d leave the house without saying goodbye, when we dropped him off at the airport and he didn’t even pretend to kiss me. Just hugged me like you would any friend, complete with the slaps on the back.

My best friend told me that well, yeah… you built a life with this man. You had his children. You’ve been together almost 22 years. Of course you’re gonna have the feels as it falls apart. But I’m still having a hard time processing it. He really and truly doesn’t seem to be in love with me any more. I’ve been out of love with him for quite a while, so it’s not that I’m hurt by that. That’s not it. I’m really glad he’s not being all clingy and freaking out that I don’t seem to feel the way he does. That much is a relief.

It’s just… sobering. That’s a good word. It’s becoming real. One day – and I don’t know how far we’ve punted the inevitable, whether it’s only a few months or a whole year or what – but one day, sooner rather than later, we’re going to have to face the fact that 21.5 years of marriage is over. We’re no longer a match. We don’t fit together any more.

I truly truly truly pray to all of my gods that we can move forward amicably. I don’t wish him any ill will. I would love to see him find a nice Pentecostal girl who worships the ground he walks on and plays the 1950’s housewife for him and makes him feel like a king in their home. I will be very happy for him in that event. Our kids are practically grown so there’s no worries about an evil stepmom. I hope he finds happiness. And I hope he can wish the same for me.

But part of me will still be a tiny bit sad… that part is surprisingly larger than I expected. Sad for the happiness that maybe could have been. Had I been that person that in his starry-eyed love he saw in the beginning, and in my naive desperation for approval I thought I could become. Convinced myself maybe I was. But really wasn’t.

I hope we both move on to be happy. But even as I do, a small part of me honors the passing of what was. Recognizes the moment and the sadness.

And now gets ready to move on.

One thought on “Back, And Moving On”