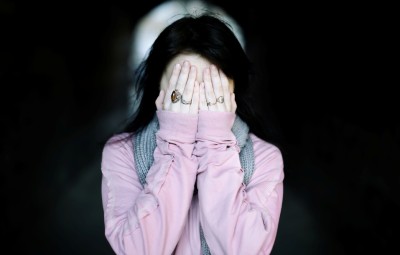 I promised myself I’d never do this again.

Yet here I am, sneaking away in another room while my UPC-church member husband is sleeping in the next to update this blog. He’s home on vacation from contracting work overseas. It’s been a year since he’s been here, and during that year I’ve found my true path. I discovered Pagainsm, and have never been happier.

But he doesn’t know that yet. And now that he’s here, I’m afraid to tell him.

I’m pretty sure it will be the breaking point of our marriage. Then again, I thought it would be when I first told him that no, I will NOT be going back to church with him. I can tell he’s walking on eggshells. He disapproves of much of what he sees – and I sanitized the house before he got here. The night before he arrived, a Pagan friend came and collected all my books and crystals and ritual supplies. I cried like a baby to see them go.

What the Hell am I doing?

I know our marriage is doomed. My job is back on more solid ground, and frankly I can support myself. I have some money saved up. But if he’s going to do another year over there, and I can maintain a fragile peace… I can have more in savings. My youngest son (who is on the Autism spectrum) can be a year older before hearing the actual “D” word about his parents.

Is that worth going back into the shadows, hiding myself again, for a few weeks?

Just a few weeks. Then I can go back to normal.

It’s now Sunday morning, and he’s gone off to church without me. Something political came up last night, and he asked me, “What has happened to you?” All I said was that Obama didn’t seem horrible. Not even that I approved of anything, just that I didn’t think he was terrible. “You have completely changed!” he responded.

Before he got here I cast a spell. That he would see that I am not what he wants me to be, and that he would have the strength to move on without me. A peaceful separation. I don’t want to hurt him. I’m still not letting him see the Pagan in me. But he’s definitely seen a big change in me. I”m no longer filtering who I am or what I think. He’s been here a week now. And I’m definitely seeing the wisdom in staying in the “broom closet” just a little longer. Dealing with the full force of my personality, undampered and not submitted to his whims and desires, is enough of a shock for him for now.

2 thoughts on “Hiding In Silence”