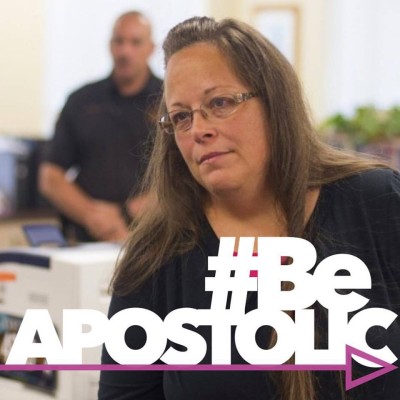 It’s been a long few weeks.

Kim Davis, “Apostolic Christian,” held the entire state of Kentucky hostage to her personal beliefs as she steadfastly refused to issue marriage licenses despite being denied on every single appeal all the way to the Supreme Court. She had absolutely no legal leg to stand on, yet still refused to issue licenses. Finally, she was held in contempt of court and sent to jail for 5 days, emerging to Survivor’s “Eye of The Tiger” and holding hands with Presidential Candidate Mike Huckabee.

And all of her fellow “Apostolics” gave a big collective “squeeee!”

One of their own was Standing For Jesus. Fighting The Fight. Born For Such A Time As This! Let the tongue talking commence.

And since a whole lot of them got their Civics education in UPC schools, or even home schools with UPC approved curriculum, they are getting what’s happened amazingly wrong. Even my own husband tried to pick a fight with me on one of the first days of his vacation, saying “You have to admit, locking her up without a trial and without bail is extreme!”

Uh, no, honey. That’s kinda how contempt of court works.

In general, the argument I’ve seen all over the internet (and this is not confined to “Apostolic” circles, either) is that these “unelected” Supreme Court judges illegally wrote a law, despite the fact that courts aren’t empowered to do so. They imposed their will by fiat in direct opposition to the way the Constitution (which was based on the Word of God, don’tcha know?) outlined our system.

It hurts my brain to have to even point out how wrong this is, but considering the comments I often get in support of our buddy Lee Stoneking, I feel it’s necessary. So, here goes. The purpose of the Supreme Court is to evaluate the Constitutionality of laws passed in the US. They compare the laws to the rights granted in our founding document and decide whether or not those laws infringe on those rights. When laws passed by elected officials or even by referendum infringe on the rights of other citizens, they must be struck down. Which is what happened here – no new law was written. Laws that unfairly denied rights to US citizens were struck down. That’s all.

Nonetheless, Christians in general and Apostolics in particular are convinced Kim Davis is being persecuted for being a Christian. Mike Huckabee proclaimed, ““Having Kim Davis in federal custody removes all doubt of the criminalization of Christianity in our country. We must defend religious liberty and never surrender to judicial tyranny.”

Ted Cruz chimed in, “Today, judicial lawlessness crossed into judicial tyranny. Today, for the first time ever, the government arrested a Christian woman for living according to her faith. This is wrong. This is not America.”

But my absolute personal favorite tribute to “Sis Kim” comes from the Facebook page for something called the “Apostolic Advocate.” Here’s what they had to say:

Being #Apostolic means sometimes doing the hard/unpopular thing and standing for what you know is right. Others may say “Quit!” “Just do what they say!” Obey man!” but you know you answer to a higher power. And if God is for you, who can stand against you?! We support you Sis. Kim. // #beapostolic #apostolic #apostolicadvocate #upci #aljc #wpf #aafcj #apostolicassembly #pentecostal #apostolicpentecostal #Acts238 #kimdavis #support

What makes this my favorite tribute? You may not be able to see the profile pic in the paste from their post above, so let me show it to you bigger: 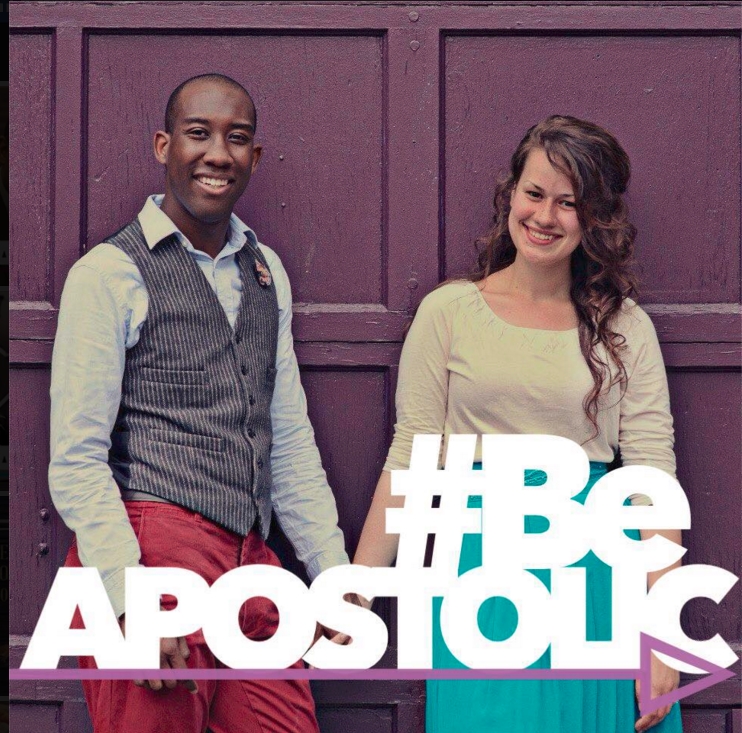 Delicious irony eh? I guess that’s what it means to “Be Apostolic.”

One thought on “#Be Apostolic And Stand For Hypocrisy”