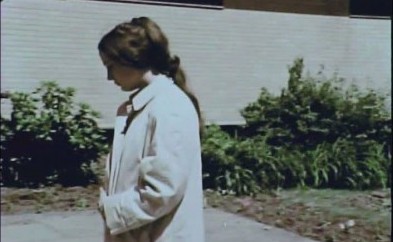 In the spring of 1970, a 17 year old girl in rural North Carolina discovered she was pregnant. She was terrified.

The daughter of a church deacon, she knew there was no way her parents would allow her to keep the baby. And there was no way she could, even with their support. In such a small town, her options were limited to start with. There was just no way to support a child as a single mother.

But she also couldn’t imagine having an abortion. And she knew that if she told her parents about her condition, that’s exactly what would happen. They’d force her to abort her baby (which was already legal in NC at the time, well before Roe v Wade) rather than face the public embarrassment of their daughter’s failure.

So she hid her pregnancy until it was too late for the procedure before telling them. Then continued to hide it from the rest of the world, barely leaving the house (she dropped out of school before her senior year started that Fall) for the final trimester. She even missed her grandmother’s funeral because “you could tell when I wore a dress.”

When she went into labor in early December, her father put her in the car and drove her across the state line to an unwed mother’s clinic in the next county. He did not get out of the car, dropping her off at the door. He’d be back to get her when she was discharged.

Inside, the now-18-year-old suffered through labor and delivery all alone. She was allowed to hold her baby girl briefly before relinquishing it to Social Services for adoption.

When I tracked her down some 30 years later and heard this story, she cried and said, “I thought you’d hate me for giving you up!” I was stunned. After all, look what she sacrificed to keep me from being aborted.

I’d always known I was adopted, and as soon as I was old enough to understand what abortion was I became ardently pro life. It was personal to me – I literally almost never existed. I’m also roughly the same age as the baby Jane Roe wanted to abort.

During my time in the UPC and as a conservative Republican this belief was soundly reinforced. Any abortion, at any stage, was the taking of a human life. Even as I came out of my bubble and began consuming objective news and information and my natural left-leaning tendencies came back to the forefront, I told several people, “I’ll always be against abortion. I don’t think that will ever change.”

Little Sisters Of The Poor 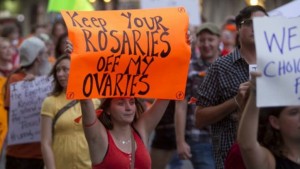 Last week, the Supreme Court heard arguments in Zubick v Burwell, a group of cases where religious dissenters are objecting to the procedure for being exempted from the Affordable Care Act’s birth control mandate. The most famous plaintiff is probably Little Sisters of the Poor, who as Catholic Nuns opposed to birth control, don’t want to provide coverage. To them (and this is something I heard in my days in the UPC as well) many of the forms of birth control used are “abortifacients” – drugs or substances that induce an abortion. Even standard hormonal birth control – “the pill” – supposedly can prevent a fertilized egg from implanting in the uterus. And that counts.

Clearly, the Little Sisters should not be forced to pay for and provide medications that they feel are tantamount to murder. So the government has provided them a way out: simply fill out a form declaring your objection, and other arrangements will be made. Because employees of nuns, and students at religious universities, and anyone else dependent upon a religious group for their health insurance, have a right to contraceptive coverage.

But this exemption isn’t enough. According to the Little Sisters, signing the form triggers a procedure by which the coverage is provided – which means they’re still part of the process that ends in the taking of a human life.

Of course, that’s the calmest way to explain it. In the leadup to oral arguments, the Little Sisters showed that they’re not nearly as strict in their interpretation of “bearing false witness” as they are with “thou shalt not kill.” Screaming “religious persecution” they insist that,

“Approximately 100 million Americans do not have health insurance plans covered by Obamacare’s HHS contraception mandate because the Obama administration has exempted plans for big corporations, large cities, and the U.S. military. The same administration, however, insists that a group of Catholic nuns who care for the elderly poor provide its employees free contraception, abortion-inducing drugs, and sterilization procedures–all of which are against its faith–or be forced to pay $70 million in punitive fines.”

The truth is twofold: First, companies such as Pepsi, ExxonMobil and the US Military offer plans that are “grandfathered in” because they’re the same identical plans being offered in 2010, before the law took effect. Had the Little Sisters kept their 2010 plan they, too, would have been exempted. Of course, hindsight is 20/20 and they didn’t know that then.

“The Kaiser Family Foundation estimated that in 2011, 72% of all U.S. firms offered at least one grandfathered plan. That number has fallen to 37% over time, but it still includes big businesses like ExxonMobil, Pepsi and many more. Some of these employers voluntarily cover all contraceptives; others, like ExxonMobil, do not… The government projected that in 2013, employers with grandfathered plans would cover health insurance for at least 56 million Americans.”

So secondly, 3 years ago the number had already fallen to 56 million (just over half of what the Little Sisters are claiming today) and was expected to steadily decline over time.

Therefore, the Little Sisters and the other plaintiffs are not being singled out for religious persecution. And as people began to point that out, and comments on their articles began to echo the common refrain of, “just sign the damn form already and you’ll be exempt!” the narrative changed:

This isn’t the quote I originally wanted to use. Originally, there were several quotes on that supportive Facebook page that more directly said, “If we sign the form it will ALLOW (emphasis mine) our employees to get the coverage.” But those quotes are gone now. The Sisters are doing a better job of hiding it now – one would assume their lawyers at The Becket Fund have been coaching them – but this originally seemed to be the crux of the issue. They disagree with the concept of birth control (some of the other articles they share include, “‘I Wanted to Die’: How Birth Control Pills Can Ruin Your Life”) and truly don’t want anyone using it.

I can’t help myself, I’ve gotten into several arguments in the comments section of the page linked above. Because birth control wasn’t a convenience for me – it was a medical necessity. I suffer from Polycystic Ovarian Syndrome, and after the birth of my youngest son my system really went haywire. I began having periods that would last for 3 weeks, with barely a week off in between. And cramps that were excruciating. The only way to stop me from bleeding was to take birth control pills – up to 3 a day for several days. I had become so anemic that I was barely getting out of bed. Until I was able to have a hysterectomy, hormonal birth control WAS my quality of life.

But if I or my husband had been an employee of the Little Sisters, what then? I couldn’t work, and our family of four was being supported by one paycheck. We really couldn’t have afforded to pay for the prescription if we’d had to. It would have been a serious problem.

And suddenly, I understand what it feels like when someone’s religious convictions about abortion impact my life in a negative way. 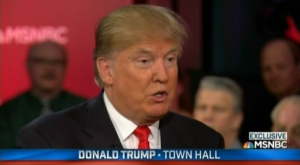 As I was mulling all of this over this week, Donald Trump made a declaration about abortion. He said that if the procedure is banned that women who seek them should face “some sort of punishment.”

The same day this came out, my husband (he’s here on vacation again) and I were discussing North Carolina’s discriminatory HB2. Somehow, this devolved into a discussion of how women dress being part of the issue in rape, sexual harassment, etc. My husband actually insisted that a woman “dressed provocatively” and “wanting to entice” a man “bears some responsibility” .. but that he DIDN”T mean that any man who acts inappropriately is less than 100% responsible and that he’s in any way blaming a victim. And could NOT see how he was no matter how many ways I tried to point it out. Because morality and the Bible.

This All Ties Together

Suddenly, all of this is beginning to coalesce in my brain. I’m beginning to understand the connections, how regulating birth control, abortion, and even how a woman dresses are all related. During our discussion, my husband even said, “but women have such power! That power to entice…” and clearly this was something fearful to him. Something that must be controlled.

And of course many have been quick to point out that indeed, women are already being punished for abortion. They point out that the ever-increasing restrictions and lack of access to dwindling options for reproductive care are punishing to women. An article in The Daily Beast reported:

Multiple U.S. women—with few options to get themselves to one of their state’s dwindling legal clinics—have been arrested for illegal abortions after they bought abortion-inducing medication online. And thanks to the growing number of laws aimed at protecting “fetal rights,” other women have been punished for doing activities that allegedly harmed their pregnancies. Americans have been charged with murder for allegedly seeking to harm their fetuses by attempting suicide, using illicit drugs, or even falling down the stairs.

The Pro Life movement reacted almost immediately to Trump’s pronouncement, insisting that he was completely “out of phase” with the movement. The same Daily Beast article said,

National Right to Life said it “has long opposed the imposition of penalties on the woman on whom an abortion is attempted or performed.” Other anti-choice organizations, including the Susan B. Anthony List and Priests for Life, joined in. Jeanne Mancini of the March for Life Education and Defense Fund declared flat-out, “No pro-lifer would ever want to punish a woman who has chosen abortion.”

Clearly Mancini is dead wrong, as shown above. And let’s be honest here – if you truly believe abortion is the taking of an innocent, defenseless human life, why would you not want to punish the woman responsible? I can think of 3 equally unpalatable reasons: 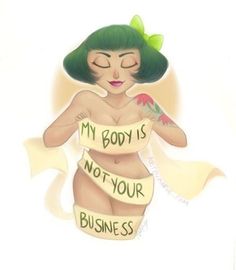 Because if the goal really was to “protect life,” it seems most logical to prevent abortion from being necessary to start with. You’d want to make sure everyone had access to birth control and good sex education. You’d want policies that support new mothers, that would keep women out of the situation my birth mother faced, where raising a baby meant a life of poverty.

But obviously that isn’t the case. Therefore, the Pro-Life movement isn’t really about protecting life. It’s about control of women and our sexuality – controlling that power my husband was so afraid of.

And I can no longer support that.

One thought on “Little Sisters of the Poor, Reproductive Rights and Donald Trump”