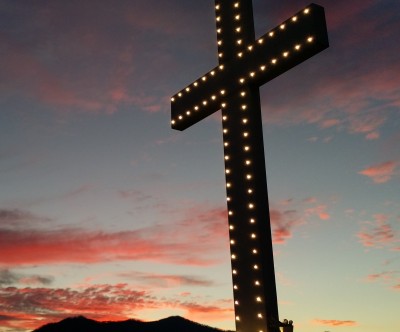 Home » My Pagan Path » Christians vs The Christian Right

It was recently pointed out to me that this blog has a bit of an attitude. Someone whose work I respect mentioned that they are a Christian, yet they don’t shove their beliefs down the throats of others. They don’t flip out over the idea of a wedding cake for two men. But they felt that some information on this blog that could be useful would fall on deaf ears because of the antagonism I seem to have for Christianity in general.

I’ve given a lot of thought to this since the conversation.

In general, my de-conversion from Christianity is still fairly new. In a lot of ways I think I feel like a little kid who just woke up from a nightmare, realizing that the giant shadow she was so scared of was nothing but a tiny stuffed animal. The kid spends a good several minutes gleefully poking at the small stuffed animal, reveling in the joyful relief that it can’t really hurt her, after all.

That’s how I feel right now. The doctrines that were meant to scare me and keep me in line are not real. I can cut my hair without sending my children to Hell. I can meditate in the woods and connect with the exact same spirit I felt in the Pentecostal altar. That spirit doesn’t have to be perfectly always right all the time. (There’s an article for my “need to write” list: the difference between how Pagans see gods and the Christian version. Because when your God lets you down, for a Pagan well.. they’re fallible. It doesn’t take away from who they are. For a Christian, if God lets you down – and it happens whether they want to admit it or not – something is wrong with YOU. Because otherwise your whole faith is called into question.)

So yeah, I have a bit of a chip on my shoulder. Toward the organizations, toward the doctrines. And toward certain people.

But I don’t have that chip on my shoulder toward ALL Christians.

You see, there is a very vocal minority in Christianity that wants to believe they speak for everyone. They started back in the 80’s, when Jerry Fallwell named them the “Moral Majority.” Even now they are the only voices typically heard from Christians because they simply out-shout everyone else.

You know who I mean: The ones who jump all over articles on anything non-christian to comment how whatever it is is wrong because the bible. The ones who are ballistic over the idea of marriage equality. The ones that think the Duggars shouldn’t be taken off the air because Josh repented and therefore everything is ok and anything less is Christian Persecution.  The ones who think anyone not worshiping Jesus is worshiping Satan.

The ones who can turn anyone against Christianity because of their sheer annoying-ness.

But you see, there are millions of Christians who don’t fit that description. My mother-in-law, for example, is just the sweetest lady you’d ever want to meet. She wholeheartedly believes in the doctrines of the UPC, and just loves Jesus.  She’ll never try to shout you down, she’ll never try and tell you you’re going to Hell for doing whatever, even if she believes it. She just lives her life trying to be as much like Jesus as she can.

I am not referring to those people when I rail against the Christian Right on this blog.

So there we have it. Hope that clears things up.