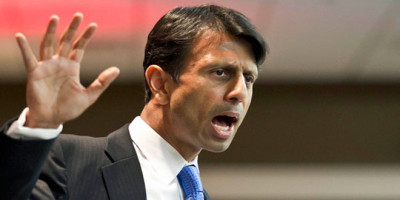 OK. At this point I have to say I am embarrassed and ashamed. I was actually once one of these people. How did that happen? Where was my common sense?

I remember listening to radio programs such as our first installment here. This is an interview Dennis Prager did with Glenn Beck. As much as it sounds like a parody, he’s quite serious. The lack of water in California isn’t because of a drought, it’s because those crazy false-god-worshiping tree huggers took the water and gave it to a fish.

I’m trying to think back to when this would have made sense to me. For sure I get what they’re saying about “we’re really worshiping Molech and Baal” because nothing but nothing is ever supposed to be more important in your life than Jesus. The logic goes that if it is, that thing becomes an idol just like the “false gods” the stupid primitives used to worship in the Old Testament.

In those days Molech and Baal were Jehovah’s main competition. Every time God blinked those stubborn Israelites would be bowing down to those lifeless statues and He’d have to do something to punish them back into the fold. Like a drought (ahem) or even letting them be conquered by some foreign invader. When the shit hit the fan and life got rough the Israelites would always repent and come back to Jehovah begging for forgiveness.

So in that context… maybe he’s saying God is withholding rain in California because idol-worshiping tree huggers think a fish is more important than Him? They’ve made Nature an idol. “Worshiping the creation more than the creator.”

OK I’m scaring myself now because I can see the twisted logic again. Hang on while I get a sage stick and smudge myself…

That’s better. Yeah, it’s still batshit crazy even if I can see how he got there. Moving on…

Governor Jindal had an Op-Ed in the New York Times this week where he declared he was “Holding Firm Against Gay Marriage.” In it he declares that there is a “potential for discrimination against Christian individuals and businesses” due to a shift in popular opinion on same sex marriage. Not “people of faith” mind you. Only Christians.

Jindal is vowing to fight for passage of the “Marriage and Conscience Act.” According to Jindal, this legislation would “prohibit the state from denying a person, company or nonprofit group a license, accreditation, employment or contract — or taking other “adverse action” — based on the person or entity’s religious views on the institution of marriage.”

In other words, the State won’t protect you if you’re legally married but your employer refuses to extend medical coverage to your spouse while covering the spouses of heterosexual co-workers. Nobody to turn to if a hospital decides to refuse visitation or decision-making rights to same-sex spouses. If (as happened in Florida) you’ve legally changed your name to that of your spouse’s, the DMV could up and decide that change is invalid because they don’t approve of your spouse.

If this law passes, and the likes of George Takei set Facebook on fire calling for a boycott of Louisiana, Jindal is ready. Here’s what he has to say to the businesses that will refuse to do business in such a backwards, hate-filled atmosphere:

“As the fight for religious liberty moves to Louisiana, I have a clear message for any corporation that contemplates bullying our state: Save your breath.”

Last I checked, Louisiana had a pretty crappy economy. But protecting the right for Christians to discriminate against gay marriage is WAY more important than helping your state’s economy.

Gods help us if this guy gets elected.