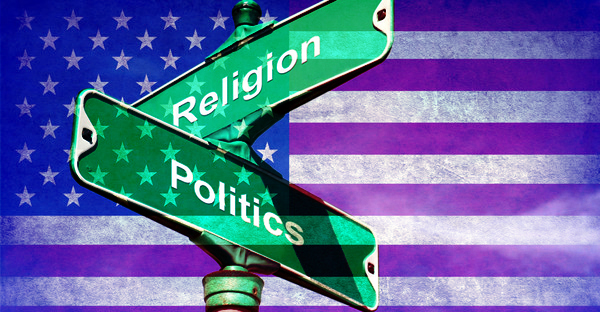 Yesterday, all the Pagans I’m friends with were in an uproar on Facebook. And they had good reason. I have some things to say about the issues, but I’m going to try and be as diplomatic as possible.

In a nutshell, one Pagan leader said she didn’t trust the scholarship of most of the modern group of authors on The Morrigan. She said wanted to learn more about the Great Queen, but wanted to go direct-to-source and look at the Lore herself.

(For those that don’t know, you have to know Old Irish or else you’re relying on SOMEONE’S translation of Irish myths. Old Irish is to modern Irish what medieval English is to modern English. Pretty much completely different languages.)

I happen to be Facebook friends with all parties mentioned above, including the one dismissing the accuracy of the most dedicated Morrigan priestesses and scholars around. And as was gently pointed out to her, the beef isn’t really about scholarship. It’s about transgender rights. 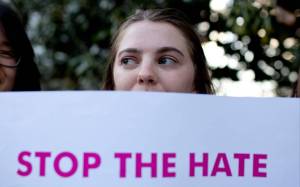 First off, for those that don’t know, TERF stands for Trans Exclusionary Radical Feminist. Basically someone who claims to be a Feminist, but doesn’t believe Trans women are women, or that Trans men are men.

I am NOT one of those people. I was still a registered Republican when North Carolina passed HB2, our infamous “Bathroom bill.” I had planned on changing my registration to Independent, but this event caused me to go full Democrat and vote a straight blue ticket ever since – not because I blindly follow the Democratic party, but because the NCGOP are complete assholes and that’s the only way to get rid of them. I also came within a hair of being thrown out of the NC legislature building when I went up there to protest in support of repealing it. I literally got the finger-in-the-face “this is your last warning!” from one of the guards because I couldn’t stop reacting to the outrageous stupidity happening on the legislative floor.

So our Original Poster above has been ostracized by the group she was “not trusting” because of a string of very TERFy posts and arguments. I, however, have not unfriended her despite vehemently disagreeing with this point of view. I have a somewhat vague personal connection with her (sorry – both her and my identities may be open secrets at this point but I’m not gonna make it THAT obvious), and I hope to get a chance to discuss this in person with her.

Many people in the Morrigan groups I’m part of are gender fluid or Queer in some way. I completely understand why it’s too painful for them to have anything to do with people who don’t respect their rights. I, however, am both straight and cisgendered. What our OP might say in this hypothetical conversation might make me angry, but it won’t have the damaging emotional impact it would for many of my friends.

So if it’s possible to move her opinion in any way, I will incur less emotional damage in the attempt. That is the responsibility that comes with privilege. Just like I can and should use white privilege to stand up if I see racial discrimination happening in front of me.

So, back when I was a right-winger (shudder) there were these people we used to call RINO’s – Republicans In Name Only. They ran on the Republican ticket, but maybe were pro-choice or disagreed on some other pet right-wing issue. We’d talk plenty of shit about them between elections, but know this: We’d damn sure vote for them when the time came, because supporting MOST of the agenda was better than someone who didn’t support ANY of the agenda.

It’s just not that way over here on the Left – ask Hillary Clinton. I was flabbergasted when people I’ve known since high school insisted on voting 3rd party on principle when the alternative was the Abomination of Desolation known as Trump. Yeah that Jill Stein vote feels pretty pious now, huh?

Here’s my point. Not everyone who shouted TERF and unfriended the OP above is LGBTQ in any way. And now, said OP feels ostracized and persecuted and has dug in her heels on this issue.

Did the mass public rebuke help or hurt the situation?

I honestly don’t know the answer. On the one hand, if someone was on the fence on the issue and saw the opinions of people they respected being acted out, maybe it would help them see the right side of this issue. It SHOULD cost you something socially to advocate for discrimination of any kind.

But what if someone is capable of being swayed? What if the OP could have been reasoned with? What if your racist high school buddy just needs someone to explain why his “joke” is hurtful?

How long should those of us with privilege put up with toxic ideas in hopes of changing people? And how can we tell who is changeable and who is a waste of energy?

These are the questions I’m grappling with today. I’d love you to share your thoughts in the comments.