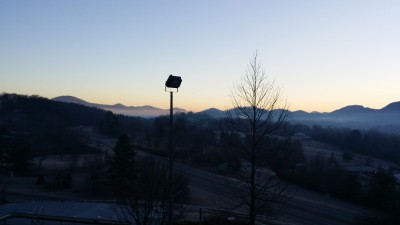 I miss my Grandma more than I could have imagined. Since her death in January I’ve been mostly in a dark, brooding mood. The moment of her passing was so beautiful and meaningful, and the pain of her absence so deep, I really didn’t feel like climbing out of the darkness.

But then I had an experience with her that was like a new sunrise.

My company has been running a promotion that impacts the town in which Grandma lived. And a couple weeks back the local newspaper ran an article on that promotion and featured me in the story as a local angle. A few things you need to understand: My Grandma LOVED that local paper. It’s a tiny one, it doesn’t even come out every day. But if you were the first person to see her on the days it did come out, well you’d better have a copy of it in your hand. Or expect to hear about it until you went back out and got it for her. She’d even been known, while she still lived in her home alone, to call her nephew (who lived about 5 minutes from her) to come over and get it out of the box on mornings when it was too snowy for her to drive her car down to the bottom of the hill where her mailbox stood. It was that serious.

So you can just imagine how I felt when that paper came out, and my picture was on the front page. I told my mom I just hated Grandma wasn’t around to see it, it would have really been a big deal to her. My mom said she was sure Grandma knew, and was smiling somewhere.

My altar with morning offerings on a different morning.

Immediately following this conversation I went outside to get the mail. (I work from home.) Right outside my front door is the garden I planted that I made my ritual space, where I have an altar and make daily offerings to the local spirits or fairies. When I created that space, one of my goals was not to have to weed it. I created a weed barrier with a layer of newspapers, topped with weed barrier fabric, topped with mulch. Yet somehow, on this particular day (and never before) a piece of that newspaper had somehow gotten out from under all of that, ripped off and blown over to my altar area. It was laying perfectly between the bowl I put offerings in and the candle holder I use to burn a candle for my ancestors.

I picked up the piece of paper and put it up, but didn’t have a lot of time to dwell on it right at that moment. The next morning, however, when I was making my morning offerings I pulled it back out and really thought about the significance. And as I did, I felt her presence, and began to cry from the love I felt. She knew. And she was proud.

But it didn’t stop there.

The Birds Are Speaking To Me

As I sat there, a small bird got my attention – literally demanded it. My garden is shaped like a backwards letter “L,” with the front porch at the bottom and a sidewalk beside what used to be the garage on the right side. On the gutter above the sidewalk there, a small bird was jumping and fluttering around, looking right at me. He danced a bit, jumping around, making sure he had my attention – making eye contact with me.

When he was sure he had my attention, he flew toward me. Not fast, not threatening. But directly toward me. He got almost up to me – maybe two feet from my face – before at the last minute pulling up and landing on the gutter immediately over my head.

That was amazing enough. But as soon as he does this, a Cardinal does the same thing. And then another. And another – a total of 5 Cardinals in a row. They, however, come from my left. He came from my right. Each one flew toward me as if they were going to look me right in the eyes, and at the last minute pulled up and landed on the roof immediately above my head. I was awestruck. This was a very clear attempt at communication of some kind.

When I was sure it was all over – the whole thing happened in just a few minutes – I came inside and identified the first bird. It was a Chipping Sparrow. 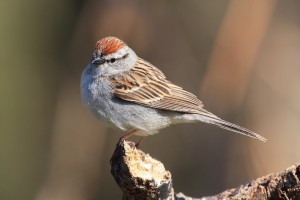 So I looked up the symbolism. Sparrows are super common, and have flourished where other birds have failed. They represent self-worth. Their message is that even a common, tiny creature can triumph.

Then, of course, there’s the Cardinal. 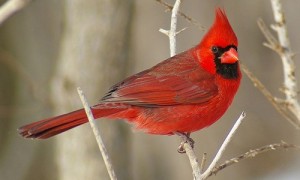 They remind us that regardless of the time of day or year, we always have opportunity to renew our own vitality and recognize the importance of our own life roles. Their message is to remember that everything you do is of importance.

What It All Meant

When my Grandma was alive, she was rather obsessed with my first cousin’s children. My cousin is the only other grandchild, and she had a multiple birth. Grandma never knew it, but she hurt my feelings a few times during her final years by seeming to brush me and my kids aside in her fascination with those “little ones.” We skirted around the issue one of the last times we talked – her oxygen levels were fluctuating wildly and she was rather bubbly as I saw her right after being sent back to the nursing home from the hospital for the last time. She talked about one of the kids in particular and how she couldn’t help but prefer him over the others. She had a special bond with him.

I told her that we can’t help if our personality clicks with certain people more than others. I thought that moment was as close as we’d ever get to healing that particular wound. But no.

From the Otherworld, she was reaching out to let me know that I was important to her. I always had been. And suddenly that wound is healed.

I love you, Grandma.